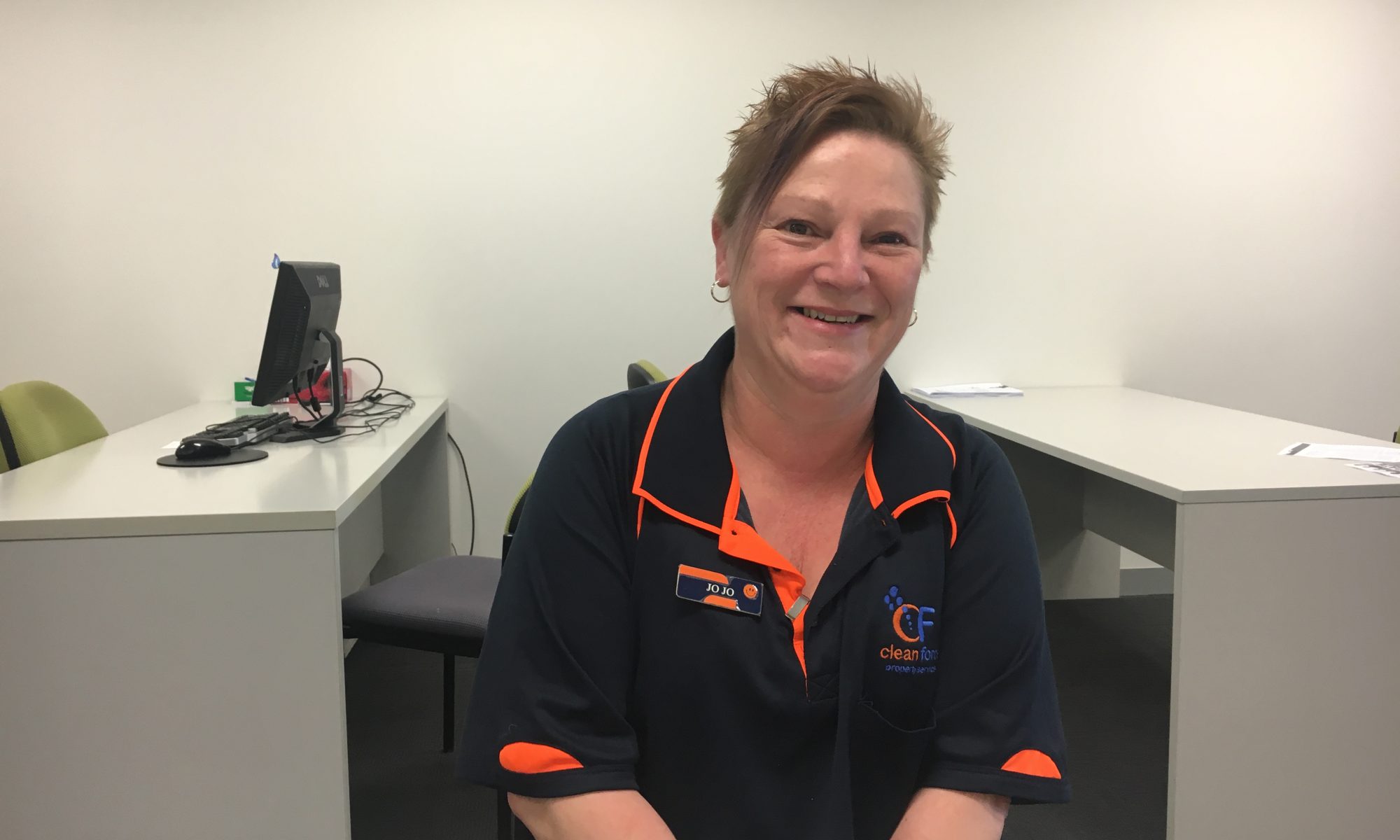 Jojo first approached WISE Employment Rosebud after being out of work for one year.

After being unemployed for that period of time, Jojo was starting to fear that she lacked the skill set and experience to find a job that she would truly enjoy.

“I was starting to feel a bit down and flat whilst I was out of work, which I guess could happen to anyone. After some time, I decided to get some extra help and that’s how I connected with WISE Employment,” explained Jojo.

Jojo was connected with Candidate Officer, Allison, who was there to guide and support her in finding a suitable role. Not long after connecting, Allison presented a potential job opportunity to Jojo, and that very same day she went for the interview.

“At first, I didn’t think I was prepared, I hadn’t been interviewed for over 20 years! I was so scared, but Allison was there to encourage me and gave me the confidence to go ahead with the interview,” said Jojo.

Clean Force, a cleaning organisation that employs people who suffer from a mental illness, a disability, those living in social housing or recently settled refugees, were looking for new employees. Jojo’s determination and courage really stood out and that’s what landed her the job.

“I went into the interview with a positive attitude and it ended up going really well! I’d been offered the job by the end of that day!”

Jojo’s manager, Frank, said he’s been very impressed with the work Jojo has been delivering.

“Never in 30 years have I received such positive feedback in regard to an employee. People regularly leave her love heart notes thanking her for her thorough work,” Frank explained.

Jojo went on to explain that working with Clean Force is wonderful and that the role has given her a new-found confidence.

“It’s fantastic to have a job that I actually enjoy. I think it’s important to love what you do and to wake up in the morning excited for work, which is exactly what I’ve found working at Clean Force.” 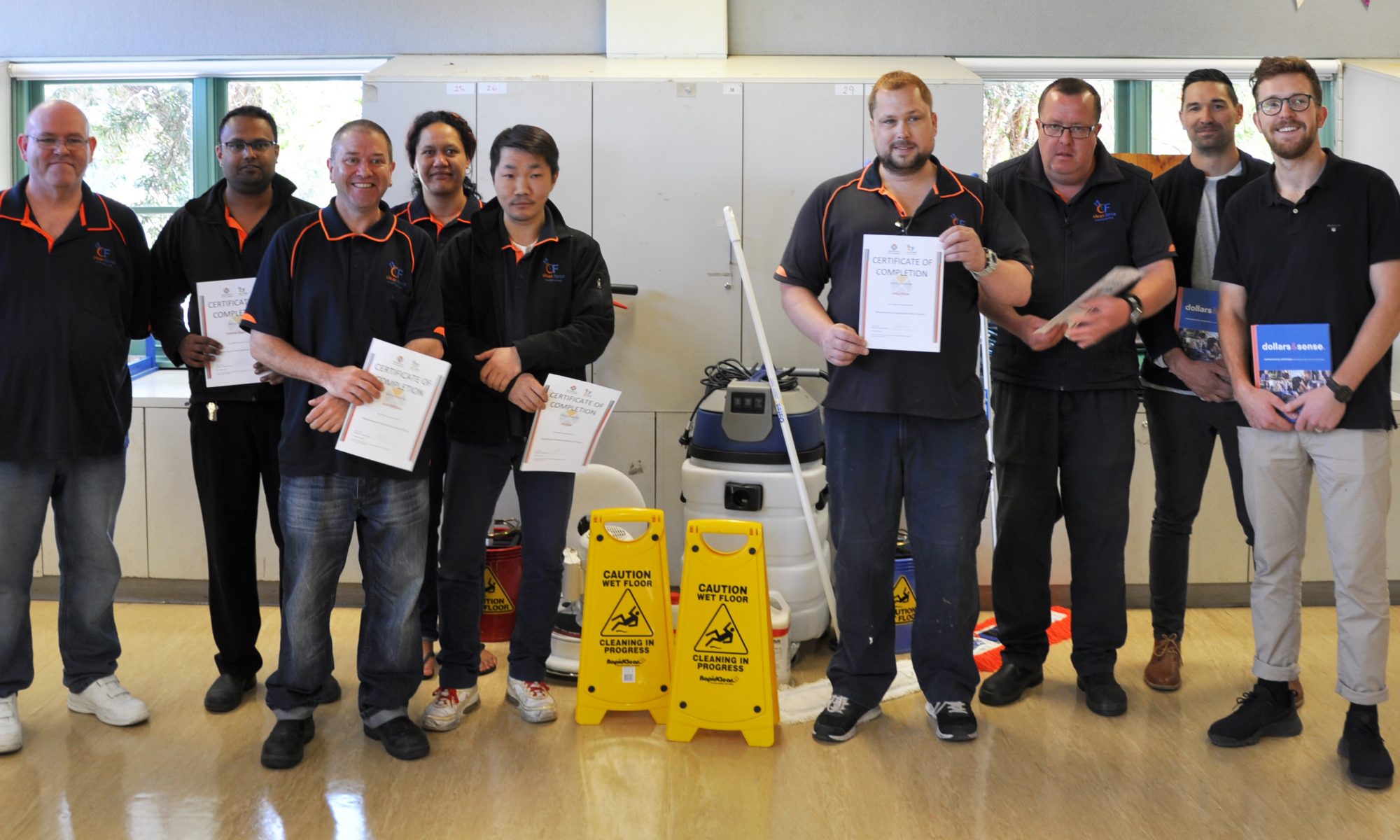 Recently, the Clean Force team were the lucky recipients of fundraising efforts by a team of workers from the NEPA Level Crossing Removal Authority.  Undertaking the gruelling Coast to Coast race in New Zealand, the team raised over $10,000 to contribute to training and equipment purchase for Clean Force Victoria.

The training, run by Brotherhood of St Laurence, has allowed ten Clean Force employees to develop skills in maintaining and replacing hard floor finishes. Not only has this training provided valuable skills and development to the team members, but it also opens up the capacity of Clean Force to take on jobs with this specialist service and generate further employment opportunities for their employees. The money raised also contributed to the purchase of a two-speed floor scrubber/polisher and a commercial wet and dry vacuum allowing the team to put to use their newly developed skills!

Clean Force would like to say a huge thank you to Sam Donaldson (Laing O’Rourke), Leons Ansen and Mark Lawson (Fulton Hogan) and Gearoid Considine who completed the race and raised the funds, Stacey Palmer (NEPA), the City of Darebin for providing the space for practical training, Brotherhood of St Laurence for training, and Agar Cleaning Systems for their generous donation of cleaning chemicals and floor polish. 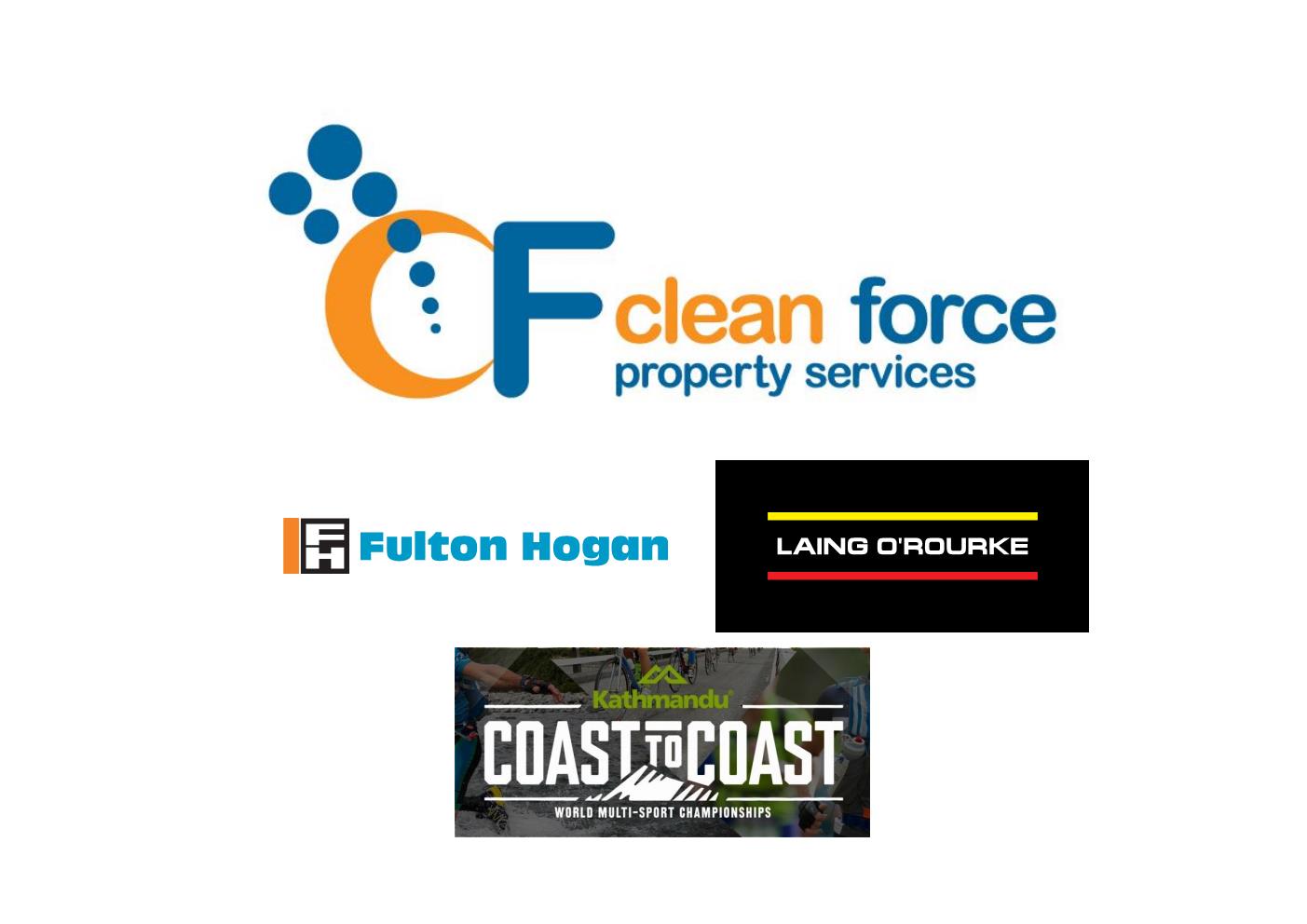 Donations to the team are welcomed to reach the $10,000 fund-raising target.

In teams, Sam, Mark and Leons have two days and under 24 hours to cover 243km of tough terrain starting on the West Coast of New Zealand at Kumara Beach, crossing the main divide and finishing on the East Coast at New Brighton Beach in Christchurch. The brutal and challenging race includes a 70km kayak, 33.7km of mountain running and 140km of cycling.

The team is targeting to raise well over $10,000 in donations by the end of the event to help Clean Force support some of the most disadvantaged people in Victoria and New South Wales. All money raised will go straight to Clean Force, and will be used to buy new hard floor cleaning equipment as well as providing education and training to employees in rejuvenating hard floor surfaces. This training will give employees a fantastic new skill set, allowing them to undertake more and varied tasks during their working day, as well as providing increased confidence in their own abilities.

The North Eastern Program Alliance engaged Clean Force back in April 2017 and Clean Force employees perform cleaning services almost every day of the week across project offices in Melbourne.

Stacey Palmer, Social Inclusion Manager for the North Eastern Program Alliance says “Clean Force are a pleasure to have as part of the NEPA team and it is extremely fulfilling knowing we are creating a positive impact by having them as part of our supply chain. As at November 2017, the North Eastern Program Alliance have spent $33,012.78 with Clean Force which strongly benefits people with disabilities and creates awareness of social procurement in our industry.”

The team will be going the distance and donations are encouraged to achieve  this massive challenge. Any monetary support that you can provide will support Clean Force’s mission to provide a bridge for people to enter the workforce who without assistance would remain excluded.

Donations to the team can be made here.